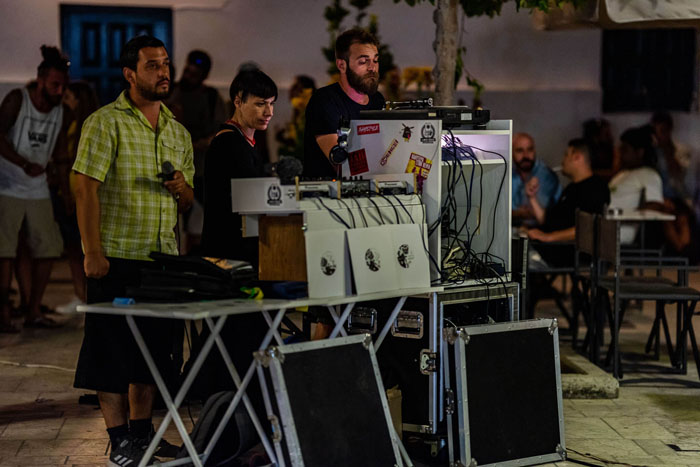 4 Dub Vibes is a collective of three selectors and producers. Mighty G, Selecta Angelo and Patty Lous alongside with mc Ital B based in Larissa, central Greece. Since their start at 2011, they have taken part in many festivals and organised local events. They have also created several mixtapes for reggae radio shows.

4 Dub Vibes organize also music events with their own sound system. Their events are based in reggae dub music with heavy basslines, strong off-beats and delays.

4 Dub Vibes’ first EP, ‘This Is Not War’, released at 2018 in limited edition 10’’ vinyl with two tracks in each side. In Side B track ‘Where Goes That Nation’ they collaborated with the Greek dub producer Professor Skank and French reggae singer Sir Jean.